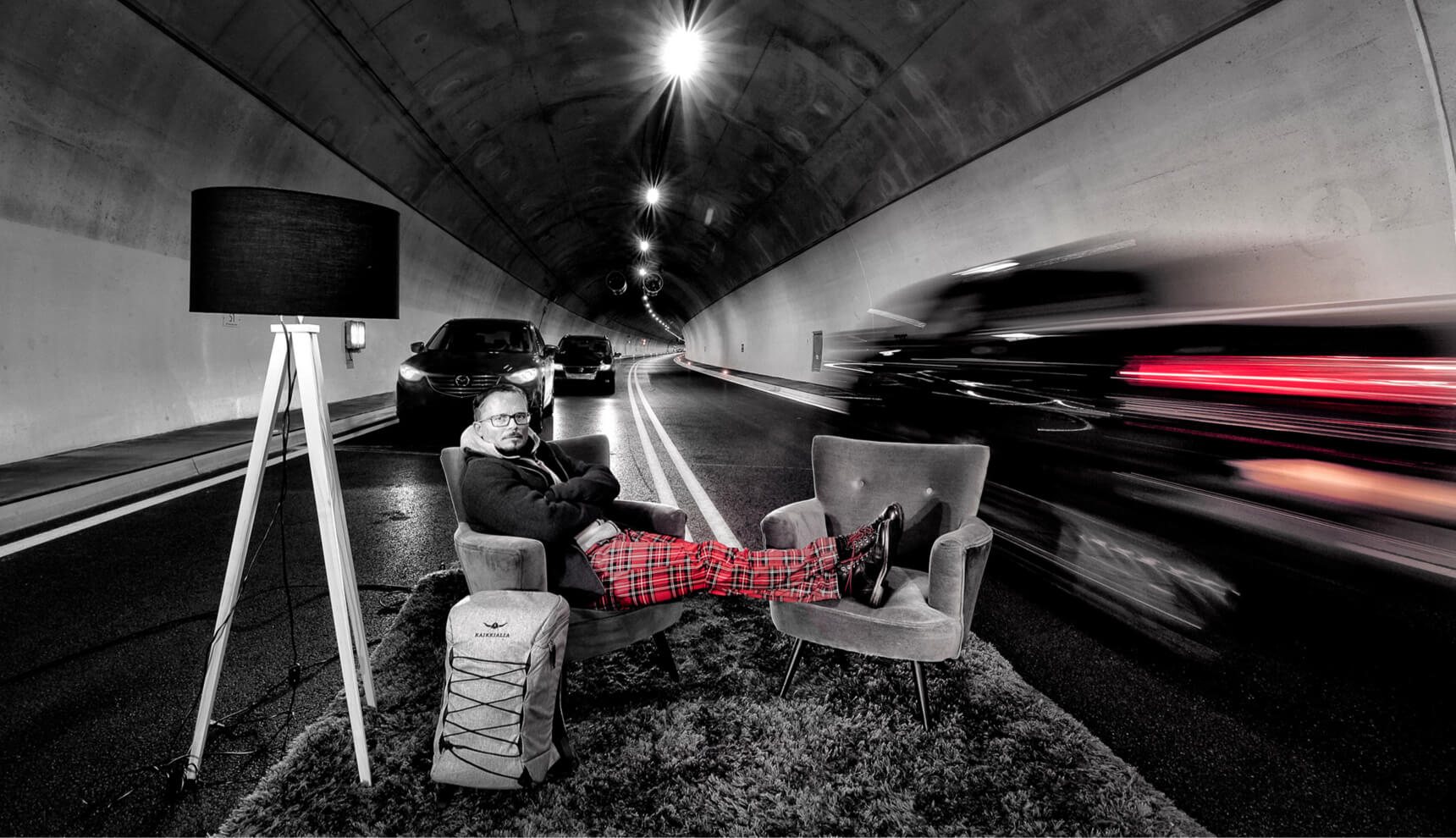 Stopping a tunnel was the idea. A lamp, two chairs, a fluffy carpet, nothing else. Create a new, another reality. What’s true? Tires hummed on asphalt, cuddly warm jacket, cars rushing by, an icy draft. Velvety plush on soft armchairs. The tail light fades, red distorted. Imagine, a tiny gap, between asphalt and plush, opens up. Just big enough to tell you your own story: 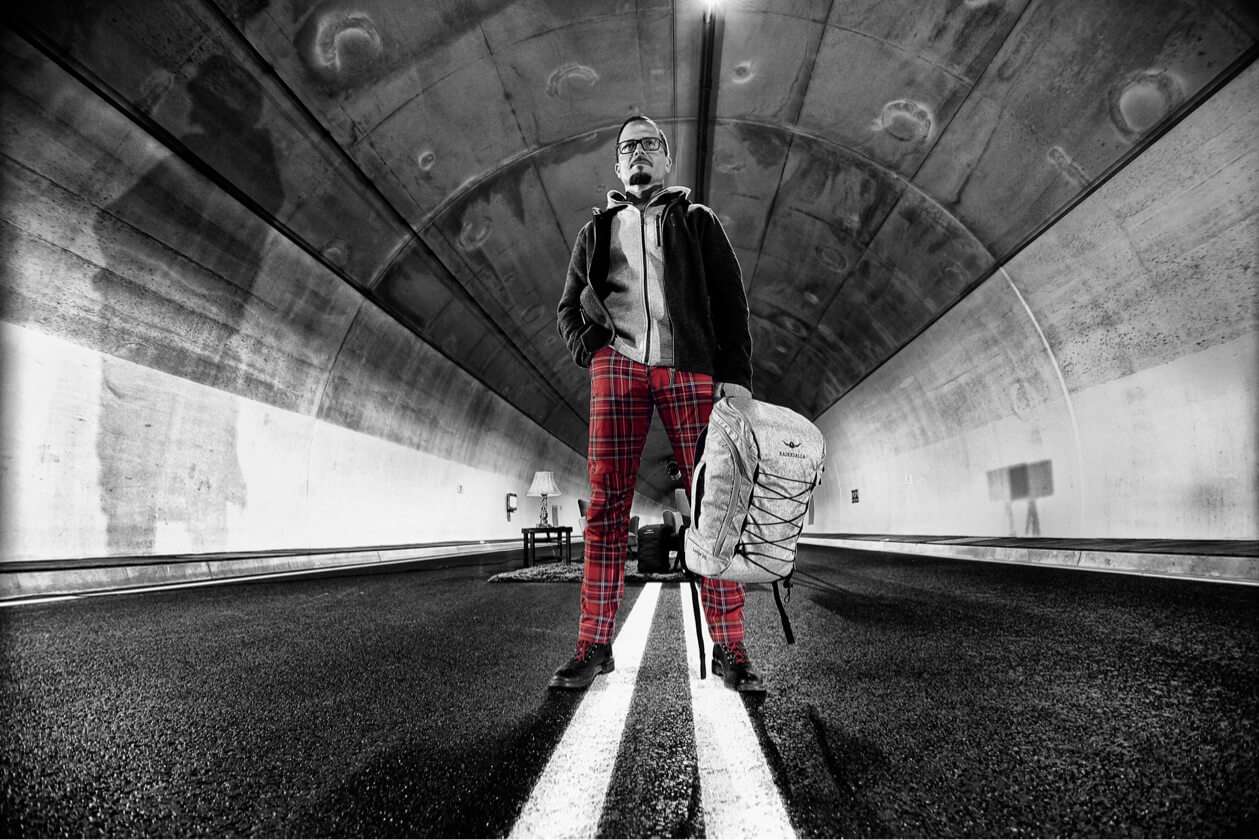 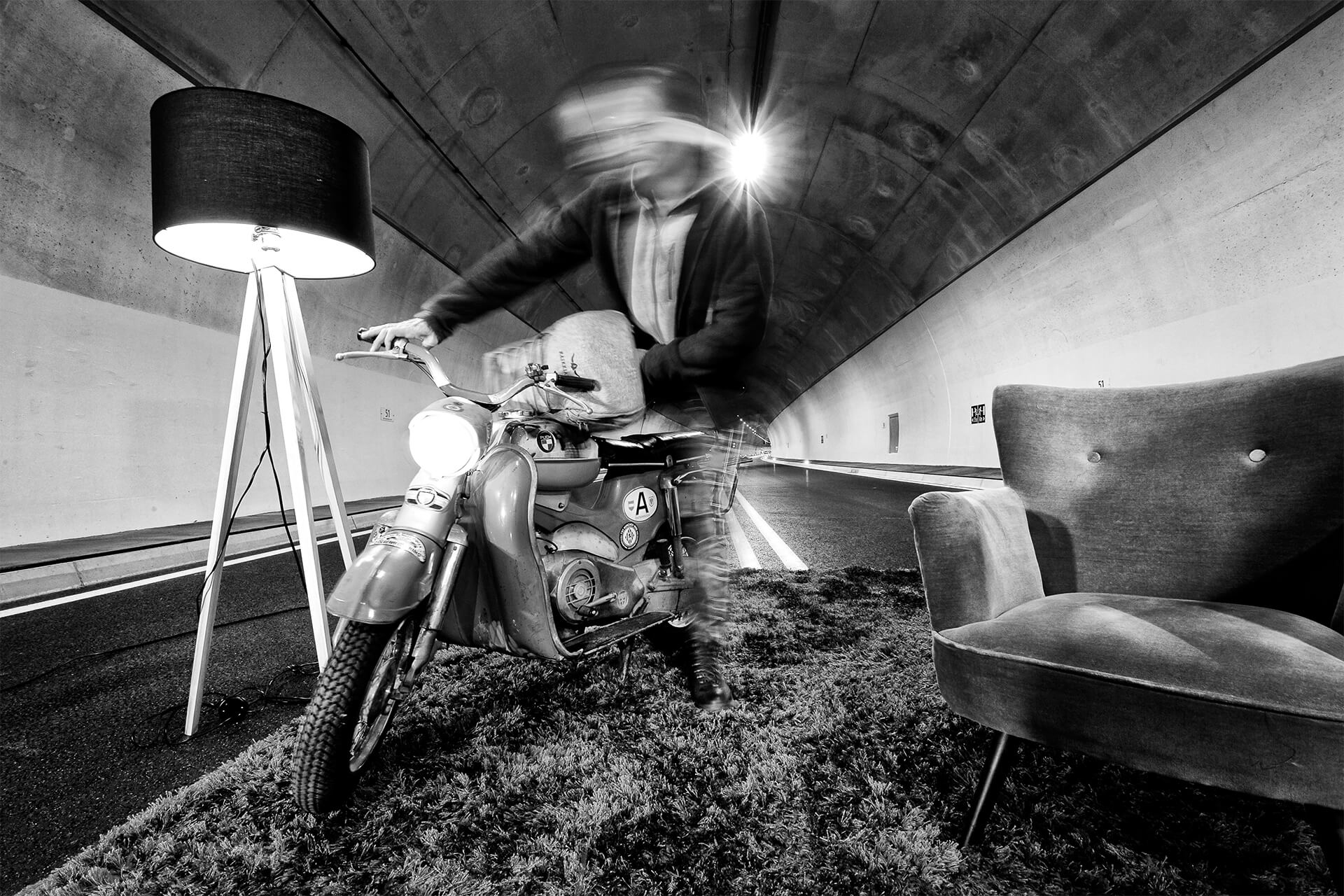 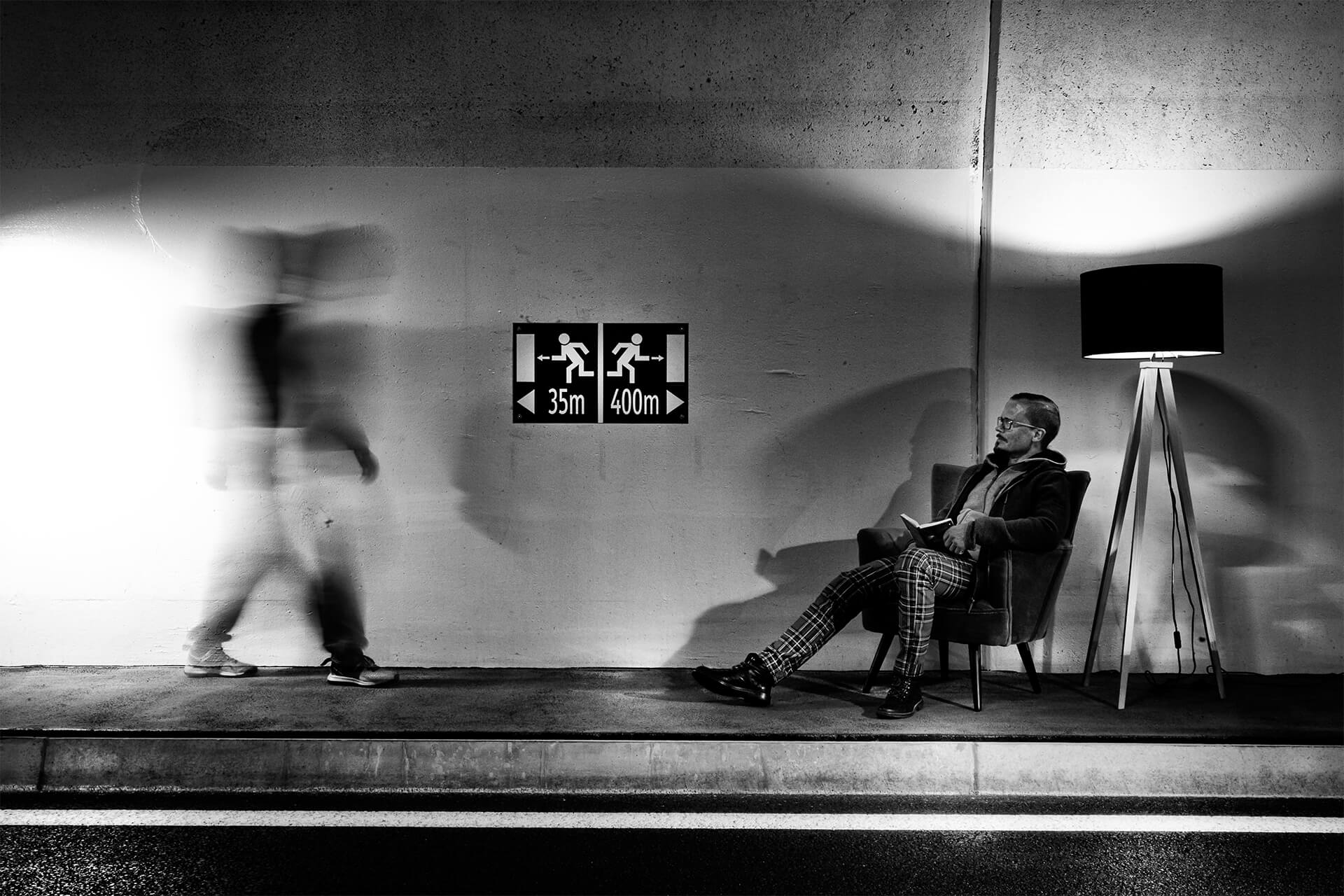 Rising, from such familiar. How you follow the tunnel. There, hidden in a niche, discover a door. You knock, open the door, step through. And it may be that you find yourself at a creek bed again. It may be that the morning sun brings a river to shine, while clouds of fog float over treetops. Home is wherever your stories carry you. Kaikkialla, more than a word. 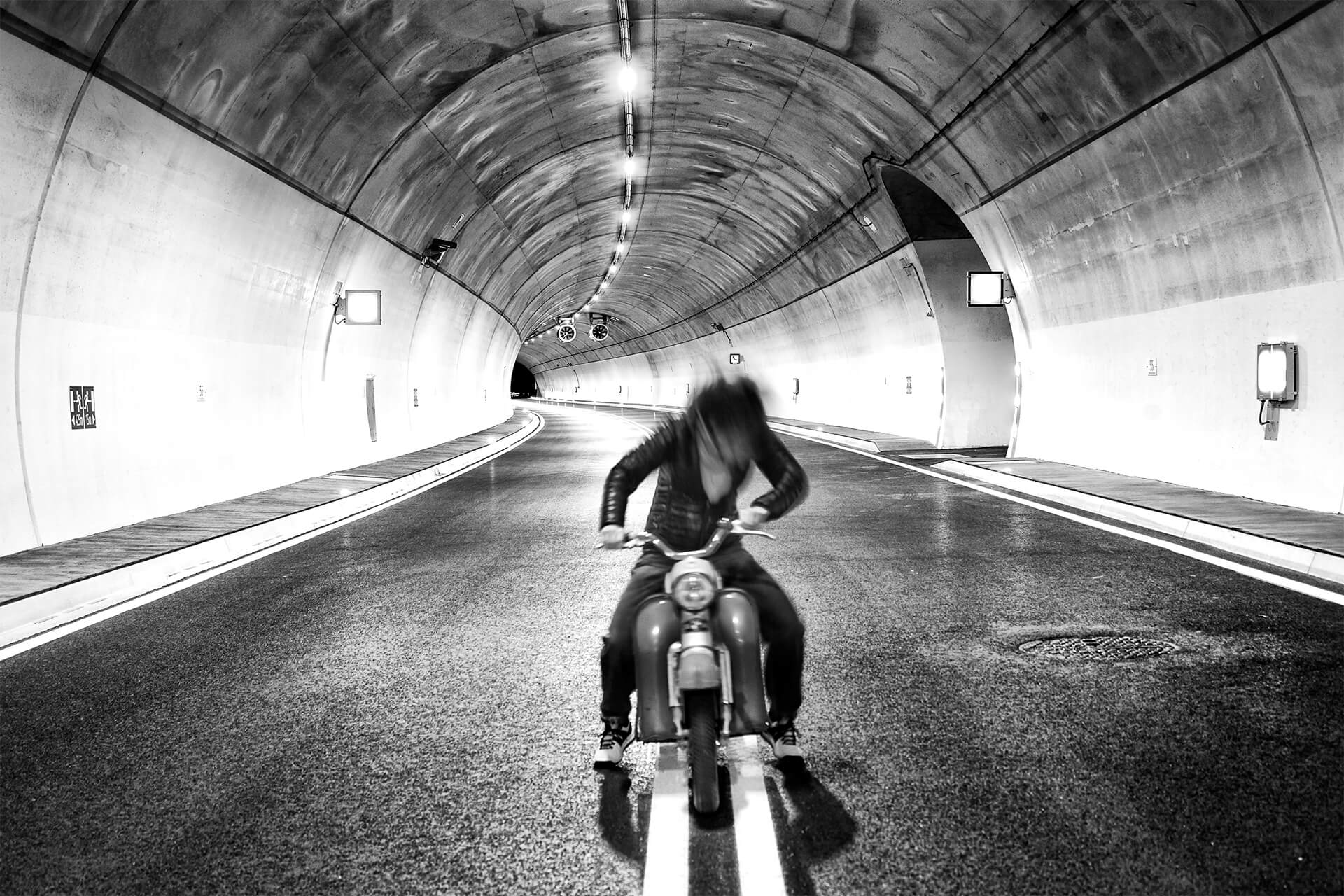 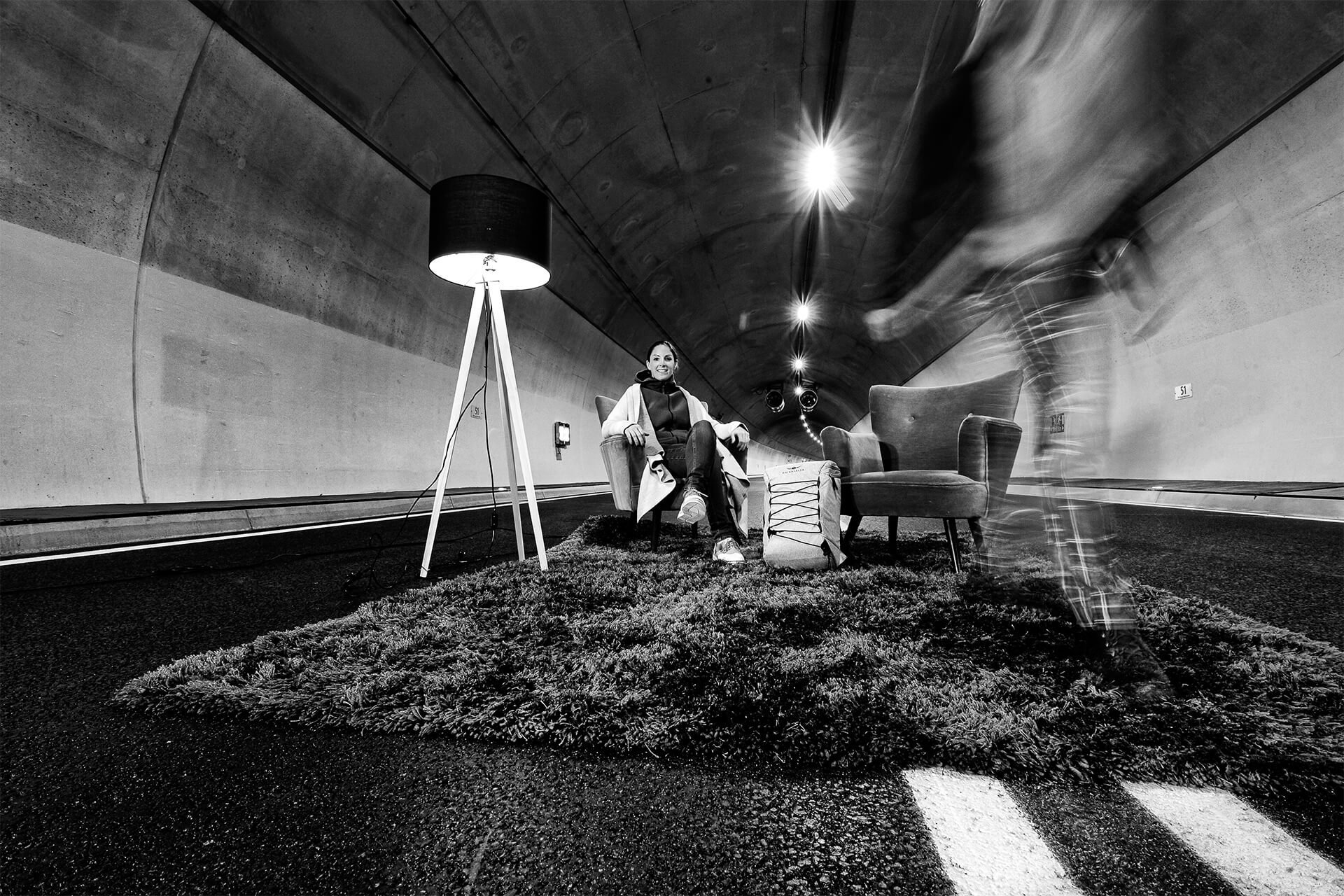 Every now and then KAIKKIALLA will implement weird ideas. Only EVERYWHERE and the question about “What is true?” will guide us. And because it’s always a question of perspective that dictates what you believe in, we occasionally want to turn it upside down.

So, we wondered why not a photo shoot in a car tunnel. Cool idea, we thought. But where do you get a tunnel from? In short, we even tracked down a brand new tunnel and also got RAINER a really cool guy for our slightly different perspective. Nothing in our pictures is fake. RAINER’s red pants, the SUV drumming by, the floor lamp, the fluffy carpet, the armchairs. It was hard work and lousy cold. And by the way: Only one door separates the location in the tunnel from the story in the creek bed. HOME EVERYWHERE: “There, hidden in a niche, discovering a door.” Maybe you can solve this puzzle.

Our summary from the tunnel: keep your eyes open, occasionally take a different view. Do not think that anything is impossible. Do not be afraid of failure. Start something new, the outcome of which is uncertain. This time, we believe, we were lucky. Great photos and the encounter with a cool guy: 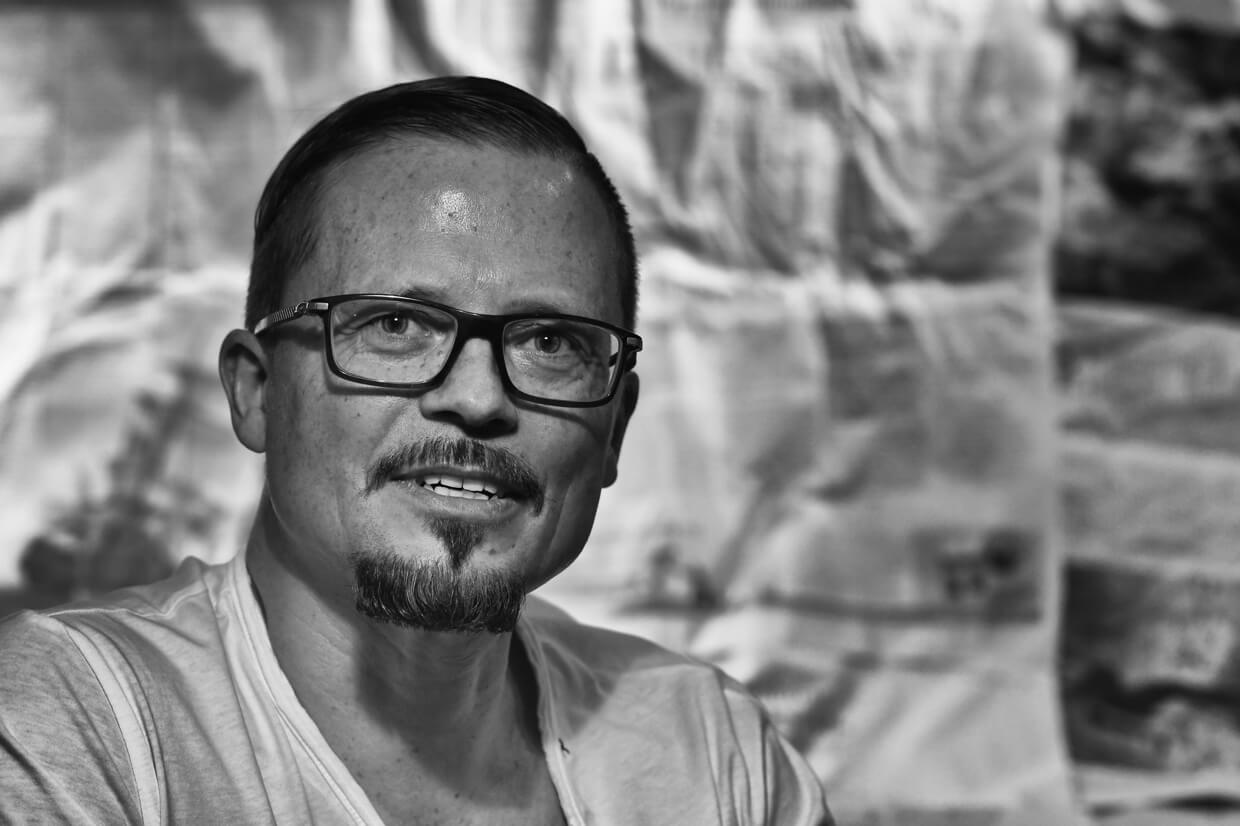 Rainer knows his own, as well as the value of others. Prudent, step by step, to the exact measure: for way and time and goal. A creative mind, with the courage to be different. He works hard. Says yes, to himself. Says yes, to you, to me. Without fear of something new. It is never too late. What is it that matters? Be free in being.

BOOK RECOMMENDATION: The Side of Brightness; Column McCann; 1997 Metropolitan Books

When the first tunnel under the East River emerges in the early 20th century, connecting Brooklyn with Manhattan, no one suspects that many decades later people will live in the underground labyrinth. 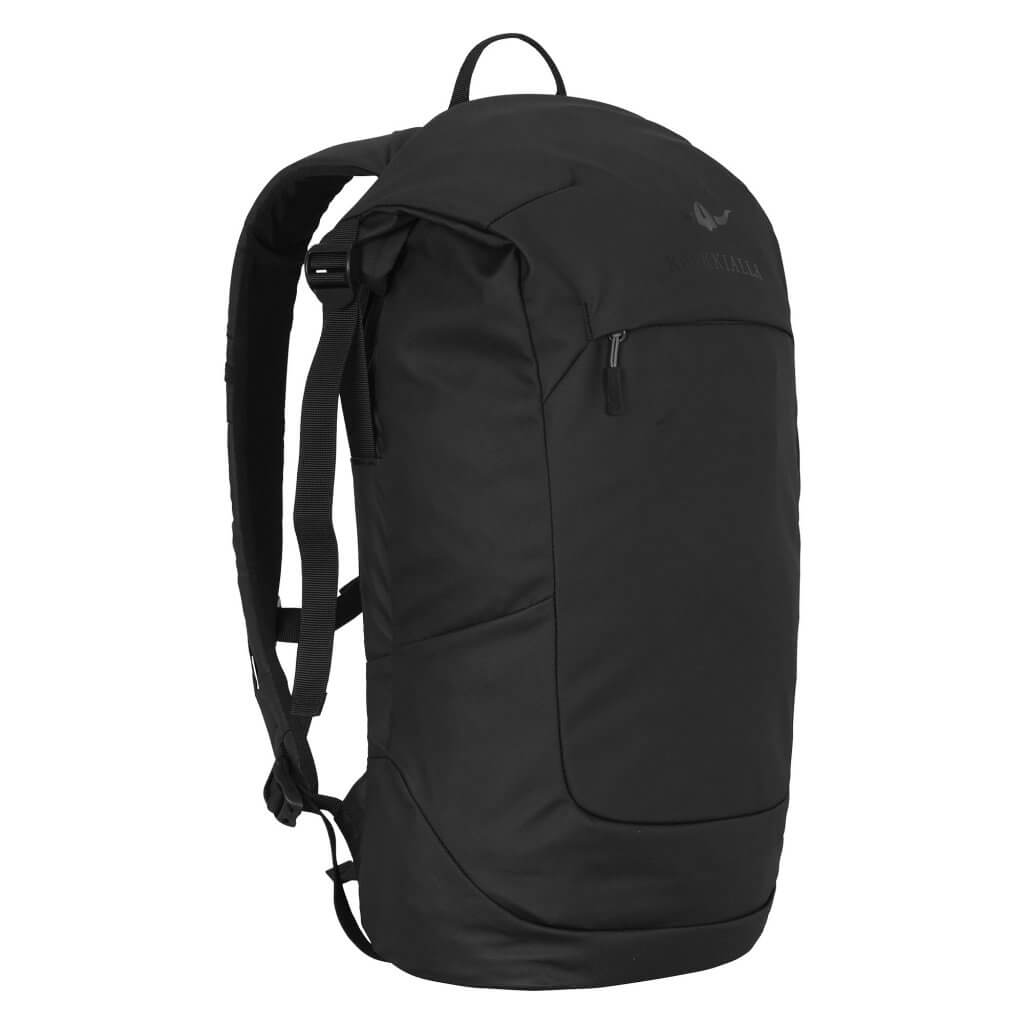 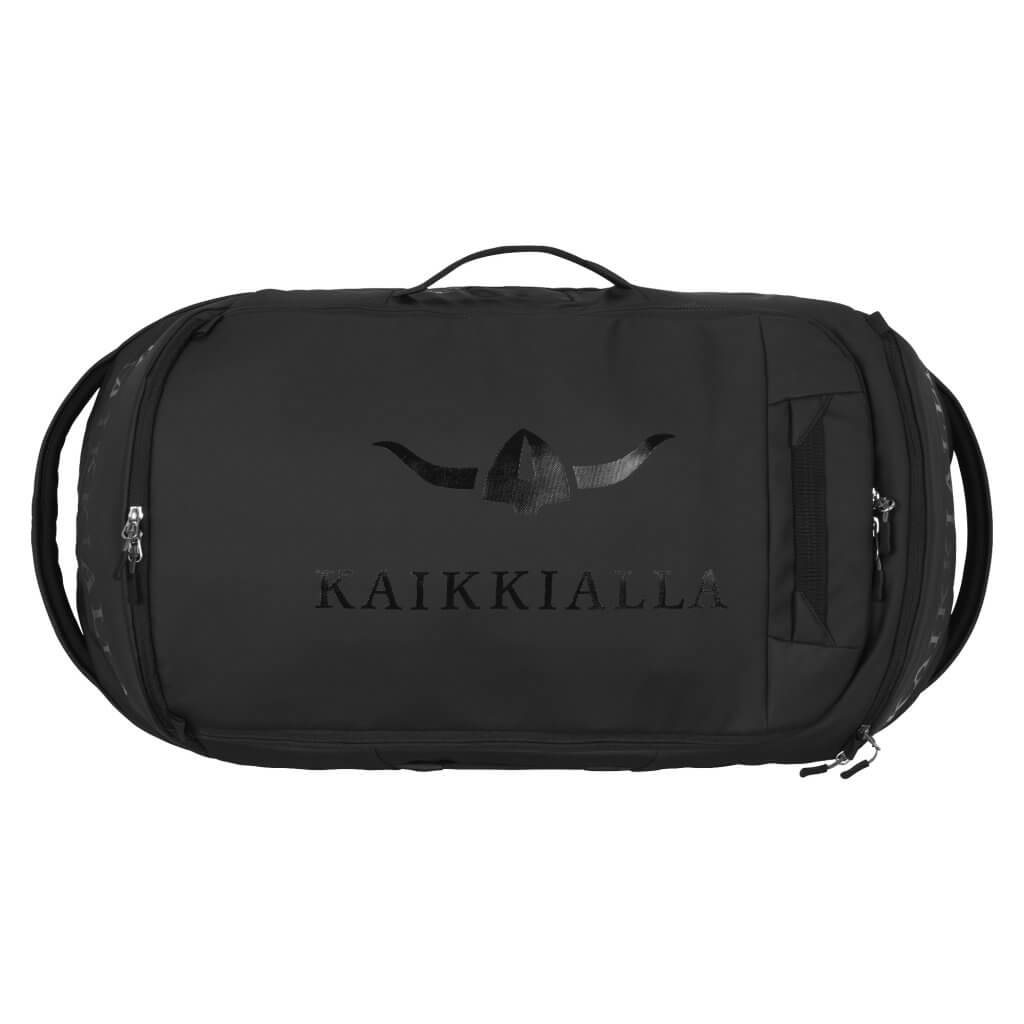